It was an honor for our Grand Knight George Ribellino and Deputy Grand Knight Scott Criscuolo to be a part of the procession in the Knights Color Guard at the 5th Annual Memorial Wreath Laying Ceremony at the Knights of Columbus Museum in New Haven on Sunday, May 29, 2016. This year, Commodore John Barry Assembly #97 honored Captain Brian Scott Letendre, USMC, a Virginia Native who lived in New Britain, CT and was killed in 2006 by a suicide bomber in Iraq.  He was awarded posthumously the Bronze Star with valor for the actions that led to his death. 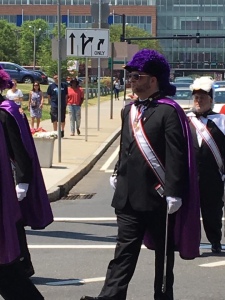